We can tell you everything about China Guangxi

everything you need to know before arriving in Nanning China 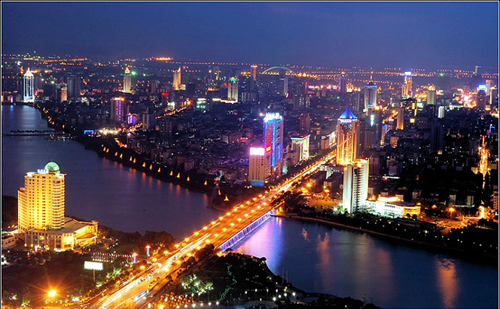 China – the land where nature meets civilization. If it’s soul searching that you ought to do, then going here might be one of the best decisions of your life. Its food, people, and nightlife are worth the travel. Nevertheless, what makes China special is its natural sceneries. You’ll see what I mean by the time you look at its lush forests, caves, majestic mountains, and crystal clear waters.

Speaking of China’s natural sceneries, you can find the most picturesque spots in Nanning – the capital of Guangxi Province that’s approximately 1456 miles away from Beijing. People also call Nanning “Yong”. It’s one of China’s oldest cities and has garnered 1700 years of history. Nanning fuses the old and new. Thus, rest assured that you’ll be surprised by what it has in store.

Why Does Nanning Offer Good Business Investment Opportunities For Foreigners?

Nanning allows foreign private property ownership. This is the primary reason why it’s a great hotspot for foreign businessmen. Nanning has friendly policies regarding foreign ownership. However, other cities in China aren’t following Nanning’s initiative. Thus, Nanning might be the only place for foreigners to start or expand business in China with fewer restrictions.

Some big-name foreign companies in Nanning are Apple, Nike, and Sherwin-Williams.

There’s also the geographical advantage that Nanning has to offer for businessmen who want to do business operations in Vietnam and China. Nanning is near Hanoi since it’s part of Guangxi Province that faces Vietnam directly on the southwest. To get a rough idea, Nanning is only 369 km from Hanoi by road.

Though not one of China’s best performing cities yet, Nanning is rapidly growing and is starting to become one of the foundations of the Chinese economy. In terms of the metro area population growth, Nanning showcased a steady rise of 3% on average from 2016-2017. A steady rise in the metro area population growth is important because it provides the way for more commercial centers.

Businessmen shouldn’t forget that Nanning plays an integral role in ASEAN-China trade relations. Though not a member, China has built a steady relationship with the members of ASEAN with the so-called Nanning Channel. In a nutshell, this channel allows Nanning to act as the gateway for the exchange of goods, communication, negotiations between China and members of ASEAN.

In connection, it was the China-ASEAN Expo (CAEXPO) that made Nanning a healthy breeding ground for foreign businesses. Upon taking effect, the terms and conditions that CAEXPO mandates made Nanning the center of events that strengthen the economic and cultural relations between China and ASEAN.

Nanning right now is at the business spotlight because it plays a great role in the economic and political development between China and the ASEAN member states. Thus, expect that that big events in the future will be held and most of the goods coming from ASEAN can only be accessed here.

Chinese tourism growing by leaps and bounds. In 2015, the number of Chinese tourists visiting the United States increased by 18 percent to 2.59 million and spent $27 billion. What can your hotel do to make itself more attractive to the record-breaking numbers of Chinese tourists?

First, you need to understand who the typical Chinese tourists coming from Nanning Guangxi are. Typically, they are leisure travelers, not business travelers. They are newly wealthy and interested in higher-end amenities but are also looking for luxury at a bargain rate. They most often choose the lowest rate among 3-5 star hotels. To increase the number of Chinese guests you accommodate, consider special rates or experiences.

Safety is a primary issue for travelers from China. They want to know that the hotel that they choose is in a safe location and has safety procedures in place to make them feel comfortable and secure. In your marketing, you should emphasize security amenities provided, including security guards, CCTV, and RFID locks.

Staying connected is important to most travelers, and Chinese tourists are no exception. Nearly 75 percent of Chinese tourists look for free Wi-FI, and not providing it discourage your customers to stay. Do not be tempted to skimp on bandwidth, and make sure your Wi-Fi is available in the lobby as well as in all hotel rooms.

One simple amenity most hotels neglect to provide for their Chinese guests is easy access to hot water — not for a shower — but in a kettle. Chinese tourists enjoy having a cup of tea or a bowl of noodles after a long day in town or in the morning before heading out. It is often impossible for them to do so in their hotel room unless they go through the trouble of calling and inquiring.

The majority of Chinese tourists also appreciate top Nanning hotels with an on-site restaurant and shopping, if possible. Adding Chinese food choices to the restaurant menu and/or the breakfast buffet is also a good way to entice mainland China tourists. 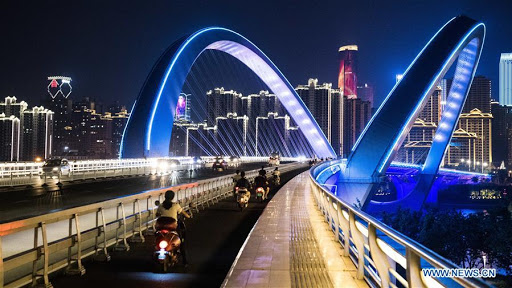 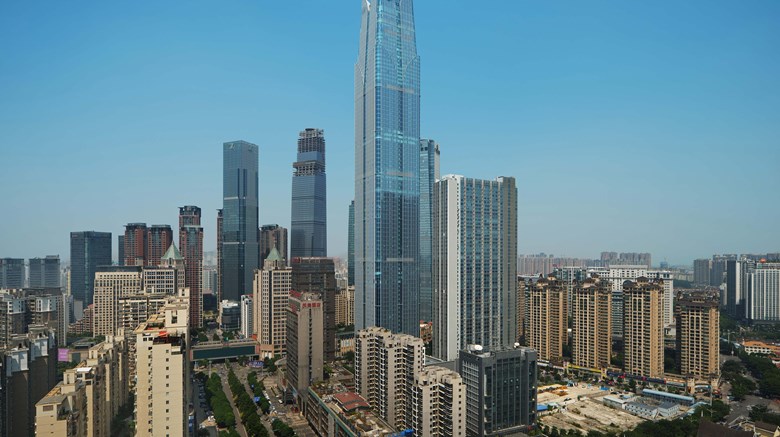 If you really want to take your Nanning property investment to the next level, you may consider hiring a staff person who speaks Mandarin so they can communicate and interpret if needed. This helps both your business and the tourists, as they will feel more comfortable and secure without the language barrier.

Finally, having social presence on Chinese social media is vital. While potential Chinese tourists will ask their friends for advice, they will also check social media such as WeChat or Weibo. It is also important to know that Baidu is the number one search engine in China. In order to get your message out to visitors from China, you need to have a Baidu presence through articles on sites like XiaoYaoDao.cn or other major tourism sites. Your online reputation is very important while promoting to Chinese tourists.

Chinese tourists have many choices for lodging in the United States. Make your hotel stand out by learning their needs and preferences, and accommodating them wherever possible.

Chinese Medical Tourism in the Skyrockets

Nanning China investment, especially in the area of Chinese medical tourism to the United States is skyrocketing.  As treatments have become too expensive or simply unavailable in China, people seeking medical attention have increasingly traveled to the US for health care. In 2016, the number of patients leaving China to seek medical care abroad grew by a staggering 500%, according to Ctrip.com. Top-ranked US hospitals offer services and care that draw a cross-section of patients.

With an estimated 31% increase, medical tourism is growing at such a fast pace that medical service industries must be prepared not only to treat United States citizens but also patients from overseas. Driving need is a staggering increase in life-threatening diseases in China. A total of about 4.3 million cancer cases were diagnosed in 2015, or almost 12,000 cases a day, compared with 2.4 million in 2010. Global Growth Markets expects the number of Chinese medical tourists to balloon to 800,000 patients by 2020.

As Chinese patients face an overburdened health system and the lack of treatment options in their own country, they begin to travel en masse to other countries to find health care that suits their needs. Over the coming years, hospitals and private treatment clinics should expect an increase in Chinese medical tourists and plan accordingly. Hospitals must learn to provide reasonable estimates of the cost up front and take payment at the same time care is delivered. Medical personnel needs to understand Chinese customs to provide better care and increase patient satisfaction. While medical care may be just one manifestation of China’s wealth disparity, a new generation of affluent and middle class Chinese will seek help at private hospitals or go abroad.

While many factors encourage Chinese citizens to travel for medical care, the most significant reason for upper middle-class patients is money. Medical procedures in China are often only available at astronomically high prices. For many Chinese, the combined cost of traveling to the United States and paying for the operation out-of-pocket is less than the cost of receiving the same medical care in China, if or when it is even available. Medical staff in China is overwhelmed and underpaid. A cardiologist is expected to see 50 patients a day. Additionally, there are few surgeons who have the training to successfully complete complicated or innovative procedures. In some areas, a lack of technology is an issue. Machines that are readily available in the United States are only just being introduced into the Chinese medical market. In a recent visit to Beijing, a New York anesthesiologist saw a modern MRI machine next to an x-ray machine signed by Marie Curie. China also suffers from a lack of approved drugs for medical treatment, especially oncology medications that help treat and stabilize cancer in patients. With four US hospitals ranked in the top ten facilities in the world combined with the relative ease of applying for a 10-year US visa, it’s not surprising why the US has quickly become a dominant player for Chinese medical tourism market.

Who is leaving China for care?

Some medical tourists even combine a medical procedure with a family vacation, making it even more important for hospitals and medical professionals to provide patients with a positive experience. Not only does the medical industry benefit by serving more patients, but the surrounding areas are also supported by medical tourism as well.

The biggest source of outbound Chinese medical tourism markets were the Tier 1 cities of Beijing, Shanghai, and Shenzhen, together with the Tier 2 cities of Tianjin and Hangzhou, which may reflect relative affluence of those markets. 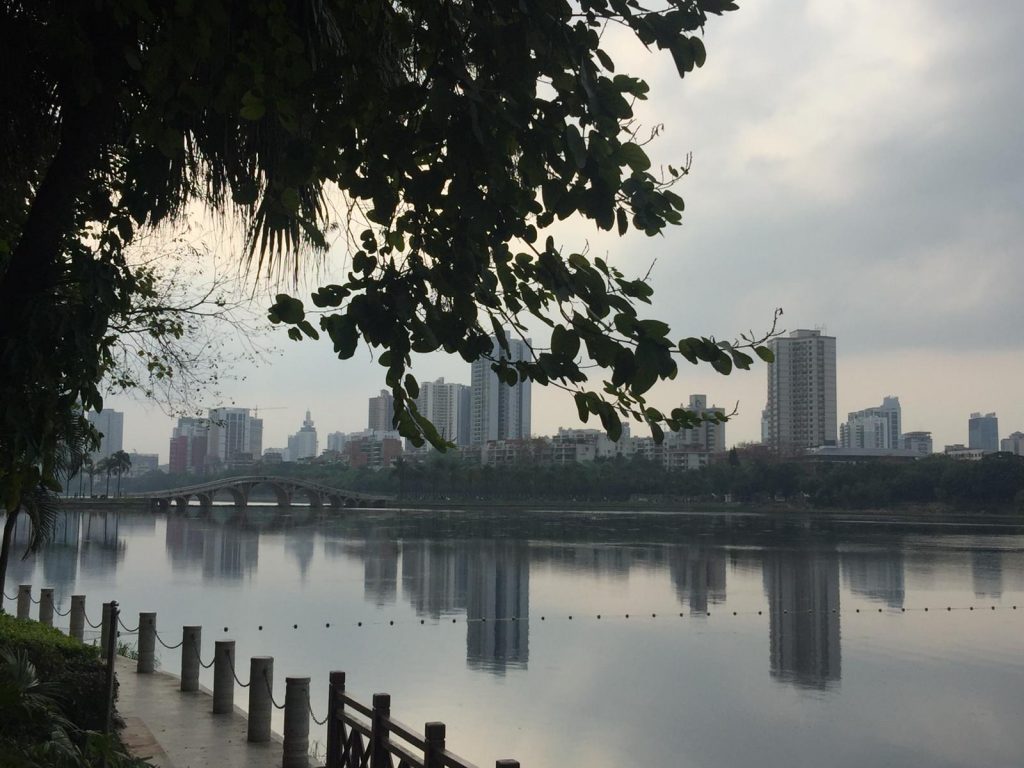 Smile and enjoy China Nanning. take a long walk around and talk to people.

Nanning has a lot to offer for the casual traveler. Yet, it has even more for those who want to engage in business. That said, try visiting if you’re looking for a place that caters to tourism and business at the same time.